Past Debates: Watch the Videos

The first Putney Debates, which took place at St Mary’s Church, Putney in 1647, was one of the few constitutional conventions in modern British history. In the wake of the EU Referendum in 2017, the Oxford Foundation for Law, Justice and Society revived the Putney Debates to assess the constitutional questions raised and the respective actions of parliament, the executive, and the courts.

Over 500 people attended the debates, thousands more watched online, and a collection of essays was published and sent to every MP and High Court judge in the land, to provide a grounding in the issues confronting the nation’s decision-makers at this critical juncture in our history.

The Oxford Putney Debates have since become established as the pre-eminent annual forum to examine constitutional issues of contemporary importance, aimed at informing members of the public and helping them to understand better the constitution in all its dimensions.

The Oxford Putney Debates — The Sovereignty of Parliament

Keynote Lecture: The Future of Parliamentary Sovereignty in a Democratic Constitution

Questioning sovereignty again: Why the history of Parliament’s relations with the British Empire, Scotland, and Ireland reveals an unsettled sovereignty

Parliamentary sovereignty and the people

An alternative to parliamentary sovereignty: The checks and balances of the US constitution, and why that path was chosen

Does parliamentary sovereignty belong to the legislature or the executive?

Parliamentary sovereignty and the courts

The court of democracy: Parliamentary sovereignty and the political constitution

Taking back control: what does the sovereignty of parliament mean now?

The Putney Debates 2019: The Courts: Friend or Foe?

Session I: What Is Judicial Independence and Why Is It Important?

Session II: Is Judicial Independence Under Attack? If So, How - and Why?

Session III: How Can We Defend Judicial Independence?

The Putney Debates 2018: Powers to the Peoples: Electoral Reform & a Federal UK?

Session I: A Federal UK? The Pros and Cons

Session II: The Electoral System: Is it Time for Reform?

The Putney Debates 2017: Constitutional Crisis in the United Kingdom

Session I: Parliament and the People

John Rees, author and spokesperson for The People's Assembly: The Levellers and the Sovereignty of the People

Alexandra Runswick, Director, Unlock Democracy: Brexit and the Case for a Peoples Constitution

Session II: Changing and Strengthening the Role of the People

Philip Kay, Businessman and author of Rome's Economic Revolution: Is Representative Democracy Ripe for Review and Modification in Favour of More Direct Democracy?

Will Hutton, Writer and Political economist: Empowering the Local

Session III: Parliament, the Executive, the Courts and the Rule of Law

Joshua Rozenberg (CHAIR), legal commentator: Parliament, the Executive, the Courts and the Rule of Law

David Vines, Director of Oxford Programme on Political Economy of Financial Markets: The Role of Experts in Parliamentary Democracy

AC Grayling, Philosopher and prominent Brexit critic: Constitutionalism: Why it has to be written

Richard Clary, Partner at Cravath, Swaine & Moore LLP: Thoughts from Across the Pond: The US Constitution and Representative Democracy (1787, 2017) 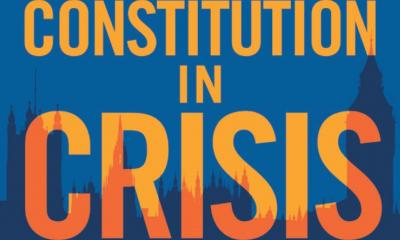