Baroness Onora O'Neill is a crossbench member of the House of Lords and a distinguished academic philosopher. She studied Philosophy, Psychology and Physiology at Somerville College, Oxford, then went on to complete a doctorate at Harvard. She was the Principal of Newnham College, Cambridge between 1992 and 2006, and remains a Professor Emeritus of Philosophy.

Among many other appointments, she was President of the British Academy between 2005 and 2009 and chaired the Nuffield Foundation 1998-2012. She also chaired the UK’s Equality and Human Rights Commission from 2012-16, and is currently on the boards of the Medical Research Council and the Banking Standards Review. She has served on the House of Lords Select Committees on Stem Cell Research, BBC Charter Review, Genomic Medicine and Nanotechnology and Food.

She lectures and writes on justice and ethics, and in particular on the work of Immanuel Kant. Recent publications also address questions about accountability and trust, justice and borders, the future of universities, the quality of legislation and the ethics of communication. 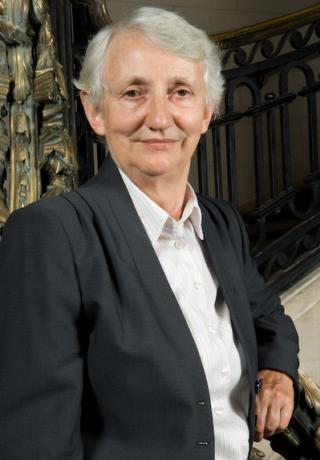