After graduation from Queens’ College, Cambridge, Stephen Sedley was called to the Bar (Inner Temple) in 1964 and practised for 28 years, specialising in public law and discrimination law. He was involved in many high-profile cases and inquiries, from the death of Blair Peach and the Carl Bridgewater murder trial to the contempt hearing against Kenneth Baker, then Home Secretary.

He became a QC in 1983, and was appointed a High Court judge in 1992, serving in the Queen’s Bench Division. In 1999 Stephen Sedley was appointed to the Court of Appeal as a Lord Justice of Appeal. He has sat on the Judicial Committee of the Privy Council and as a judge ad hoc of the European Court of Human Rights.

He also chaired the Judicial Studies Board’s working party on the Human Rights Act 1998 and was, from 1999 until 2012, President of the British Institute of Human Rights. He also helped to establish the Public Law Project, a UK charity concerned with access to justice and social exclusion. Stephen Sedley retired from the Court of Appeal in 2011. Following retirement from the bench in 2011 he was appointed visiting professor at the University of Oxford until 2014.

Stephen Sedley has been awarded honorary doctorates by eight British universities, and is an honorary professor of law at Warwick and Cardiff Universities. He is a regular writer on legal and non-legal matters, including writing for legal periodicals and the London Review of Books. A collection of his essays, Ashes and Sparks, was published in 2011, and his book of essays on the history of English public law, Lions Under the Throne was published in 2015. 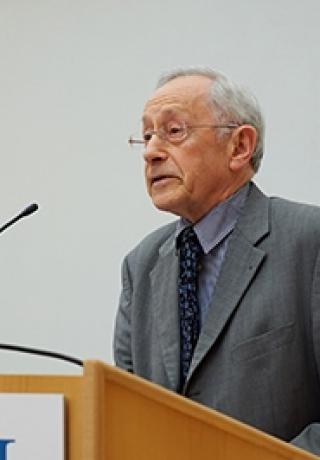