Michael Mansfield QC was born in 1941 and educated at Highgate School and Keele University. Called to the Bar in 1967, he established Tooks Chambers, in 1984 and became Queen's Counsel in 1989.

Michael has represented defendants in criminal trials, appeals and inquiries in some of the most controversial legal cases the country has seen, particularly where issues of Civil Liberty have arisen. These include court cases and inquests involving accused IRA bombers, the Bloody Sunday incident, the Hillsborough disaster and the deaths of Jean Charles de Menezes and Diana, Princess of Wales.

He is currently the President of the Haldane Society of Socialist Lawyers, and is a Professor at Law at City University. 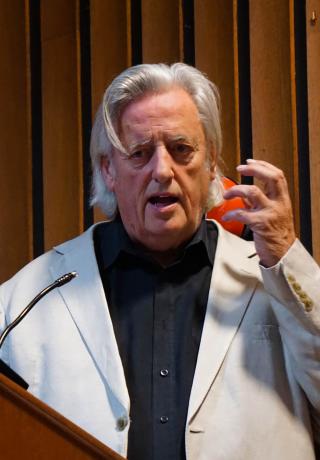