Canon Ailsa Newby has been the Team Rector in the Parish of Putney since 2010 and based at St Mary’s Church.

Prior to ordination Ailsa worked first in the City of London as a solicitor and later as a Legal Officer at the law reform and human rights organisation JUSTICE, where she specialised in miscarriage of justice cases and criminal law reform. During her time at JUSTICE she worked on the submission of evidence to select committees and the Law Commission and the preparation of the reports: ‘Sentenced for Life’ Report on the Reform of Law and Procedure for Life Imprisonment’ and ‘How to Appeal. A Guide to the Criminal Appeals System’.

At St Mary’s, a large church in the Liberal Catholic tradition of the Church of England, she continues to promote the Putney Debates heritage of the church. It is a regular venue for events that promote the democratic life of this country as well as hosting the Heritage Lottery funded permanent exhibition. 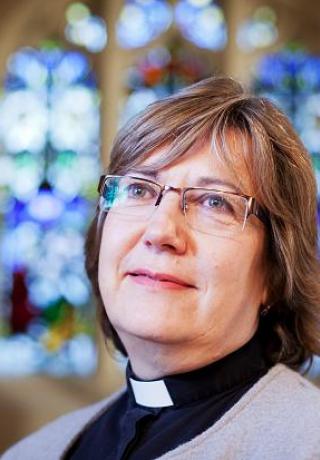