He has been an adviser to a number of governments, including those of Albania, Czech Republic, Hungary, Kosovo, Israel, Mauritius. Slovakia and Trinidad. His books include, Devolution; The People and the Party System: The Referendum and Electoral Reform in British Politics; Multi-Party Politics and the Constitution; Power and the People: A Guide to Constitutional Reform; Devolution in the United Kingdom; The New British Constitution and The Coalition and the Constitution, published in March 2011. More recently he has published Beyond Brexit: Towards a British Constitution in 2019 and in September 2020, Britain and Europe in a Troubled World.

He is also editor of, amongst other books, The British Constitution in the 20th Century; Joined-Up Government; and From the New Jerusalem to New Labour: British Prime Ministers from Attlee to Blair. He is currently writing a multi-volume work on British political history from 1895 to 1997.

Vernon Bogdanor is a frequent contributor to TV, radio and the press. In 2008, he was awarded the Sir Isaiah Berlin Award by the Political Studies Association for Lifetime Contribution to Political Studies. In 2009 he was made a Chevalier de la Legion d’Honneur by President Sarkozy. He is an Honorary Fellow of The Queen’s College, Oxford, an Honorary D. Litt. of the University of Kent, and an Honorary Bencher of the Middle Temple. 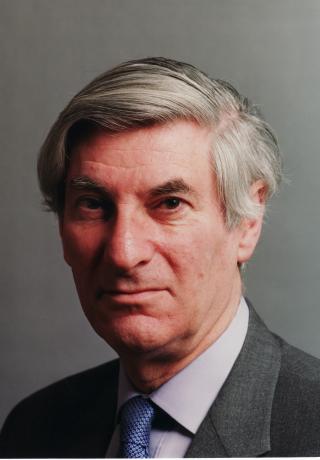